Home Top Global News Business Is a new breed of CEO required to lead in a post-COVID...

CEOs are under significant pressure at the best of times. From managing shareholder expectations, navigating constant change and staying ahead of the competition, to finding and retaining great talent, managing sizeable workloads and staying ahead of ever-present and emerging risks, the modern-day CEO has their fair share of work cut out for them.

However, the stress on CEOs has been significant from the outset of the COVID pandemic, from the initial shock of stock markets around the world tanking (and the subsequent impact on share prices), through to the need to help and support employees through everything that has followed over the past two years, said Frederik Anseel, Professor of Management and Senior Deputy Dean (Research & Enterprise) at UNSW Business School.

“It has been stressful for everyone in leadership positions, but the buck stops with the CEO, right?” said Prof. Anseel, who specialises in organisational psychology and works with executives around the world to improve leadership performance.

“They know they are responsible for making the final call on decisions. They often identify very strongly with the company and many CEOs feel a personal responsibility for everything that happens to the company.

“And it’s lonely at the top, in a sense that when you’ve had all the meetings and discussions and consulted with everyone, you basically go back to your office, sit at your desk and you need to make the final decision. The pressure in that is huge, and it is difficult to compare with anyone’s role. That creates such an emotional load that I’m sure that a lot of CEOs are struggling with,” he said.

Is a more resilient breed of CEO required?

The kind of pressure many CEOs have been under over the past two years does require skills that may not have been necessary in the past.

The first skill is the ability to manage uncertainty, said Prof. Anseel, who explained that this applies to CEOs’ own uncertainty as well as others’ uncertainty. If multiple influential stakeholders (such as investors and boards of directors) are nervous, CEOs require the ability to help address the cause of their anxiety and tweak their communication towards those different audiences.

This requires a very high level of emotional intelligence and Prof. Anseel said this “will be incredibly important to the future”.

Another key skill for CEOs in the future relates to leading hybrid organisations. Prof. Anseel recalls a recent discussion he had with the CEO of an overseas bank, who said: “‘Everything you’ve learned about leading in an analogue world and the old physical environment – if you think you can simply transpose what you’ve learned to the digital world, that will fail, that is impossible.’ So we will have to learn new leadership skills to get to the same outcome in the digital world,” he said.

He gave the example of managing mental health and wellbeing for a virtual workforce and said CEOs can no longer walk the floor to talk with employees and get a feel for the mental and emotional state of their workforce.

SEE MORE: WHAT IS THE REAL IMPACT OF COVID-19 ON OUR MENTAL HEALTH?

“Some CEOs have become very adept at virtual communications and have even learned how to make TikTok clips with quick, snappy, inspiring communications,” said Prof. Anseel.

A related third skill required on the part of CEOs is a new openness and willingness to address mental health and wellbeing – both for themselves and within organisations.

Many CEOs are used to hiding and controlling their own feelings, but Prof. Anseel suggested they might need to learn to be more open about this as role models when it comes to mental health and wellbeing.

“They can create a safe environment for the rest of the company to show we are all struggling, and it is okay to struggle. I was recently discussing this with the CEO of a bank, and he acknowledged the past 18 months have been the most difficult of his career and that he has really struggled,” he said.

“I think there is a genuine openness and willingness to share these sorts of experiences, in a way that sets the tone for the company and helps others feel safer to talk about their own struggles.” 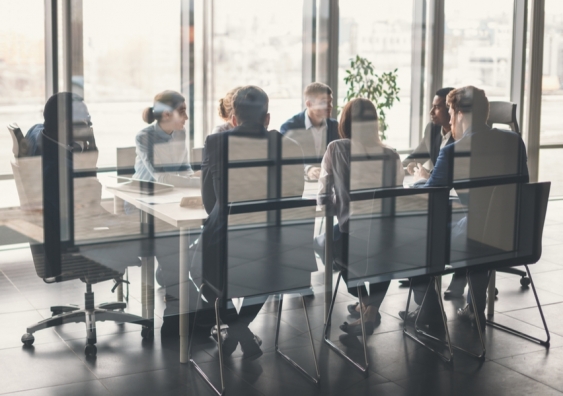 How the mental health of CEOs affects employees

“Uncertainty is probably one of the biggest long-term stressors that people struggle with. When people are going through a crisis (such as COVID-19), they are already worrying and stressing about the unpredictability of the pandemic; the last thing they need is another stressor and needing to worry if their CEO is in good mental health,” he said.

“Worries about what is going on at the top of the organisation could contribute to the general feeling of not being in control, which is stressful in itself.”

Because there is still a taboo around mental health, Prof. Anseel said a CEO suffering from severe stress or mental health issues will typically try to hide this.

“It is not uncommon to see communications from boards about the CEO stepping aside for a couple of months, or the CEO being unavailable for personal reasons, which may leave it up to employees to interpret what is going on,” he said.

“Rumours, gossip and associated uncertainty are often more stressful for employees than knowing exactly what is going on. Hiding mental health problems further strengthens the signal to employees who are struggling themselves that this is something that should not be talked about.

“Even Elon Musk hinted at this process: ‘The reality is great highs, terrible lows and unrelenting stress. I don’t think people want to hear about the last two.’”

If CEOs do not look after themselves under such pressure, Prof. Anseel said there is the risk of fatigue, inadequate sleep or substance abuse in the form of alcohol or drugs.

He compares the job of a CEO to that of an Olympic athlete in terms of the care and discipline required to make sure they’re in top shape for the top job. “I was in touch with a multinational recently, and they have a very clever high potential program for preparing their top managers for really the C-level suite,” said Prof. Anseel.

“The program is not just about leadership skills or having a financial or economic sort of background; rather it is about a way of life in which participants receive advice on diet, sleep, stress management and exercise and how to take care of themselves under pressure. Because as soon as one of those building blocks drops away, they are at risk.”

Another important pillar of support for CEOs in challenging times is a peer network. The saying “it can be lonely at the top” can ring true for CEOs, who face a certain degree of isolation due to the nature of their role, said Prof. Anseel.

“Often when you climb up the ladder of the hierarchy, those people become more alone and isolated. So they need to make sure that they are surrounded with a network of supportive peers who they can confide in and discuss work-related problems, but also maybe personal problems,” he said.

Many CEOs have personal coaches who have sometimes been CEOs in the past too, and Prof. Anseel said this can be a helpful option as well.

“CEOs need to learn how to take time to reflect on things they’ve done and decisions they’ve made. Their schedule is so packed, typically with meetings throughout the day, with dinner presentations and the frequent need to travel, so need to take time out to step away from all of this and reflect – and a coach can help do this,” he said.

“A big risk for CEOs is that they fail to learn from what happened in the past by not reflecting and learning from experience, and instead they start ruminating on things that went wrong. That can lead to trouble sleeping which means they will be less sharp in decision making. It could be a vicious downward spiral, so they need to really take care of those things.”

For more information on how the COVID-19 pandemic has affected the mental health and wellbeing of CEOs, read the full article on BusinessThink.

How can business leaders improve work environments in 2022?