Professor Ian Shanks, one of Scotland’s leading inventors, has been recognised by the Royal Society for his “outstanding achievements in applied sciences”. 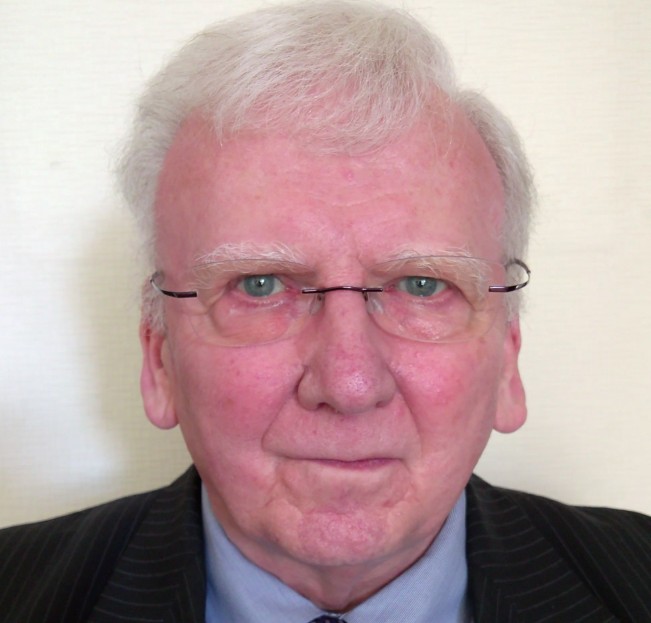 Named as inventor on around 70 patents, Professor Shanks is responsible for inventing blood glucose test strips that enabled self-monitoring of diabetes and he played a significant role in pioneering LCD technology used in flat screen TVs and computer displays.

The Royal Society has conferred upon him the Royal Medal C, one of its most prestigious awards. He is one of 25 Royal Society medals and awards winners announced today (4 August 2020).

A citation by the Royal Society states that Professor Shanks “extended knowledge of liquid crystals and applied this successfully to invent novel LCDs. He developed commercial diabetes test strips, which have revolutionised the control and therefore the lives of diabetics worldwide”.

Professor Shanks, who graduated BSc in Electrical Engineering, from the University of Glasgow in 1970 and was later appointed a Visiting Professor and an Honorary Professor, has already been widely recognised for his achievements.

He said, however: “The Royal Medal of the Royal Society is second only to their top award, the Copley Medal, which is its oldest one. This is a tremendous honour for me and one of the high points in what has been a rich and rewarding career. I feel both delighted and humble to have received it.”

In 1984, Professor Shanks was elected a Fellow of the Royal Society – at that time, at 35, the youngest person to be elected an FRS; subsequent honours include FREng (1992), FRSE (2000) and OBE in 2012 for services to innovation. He received an Honoroary Doctorate of Engineering from the University of Glasgow in 2002.

The President of the Royal Society, Venki Ramakrishnan, said: “The Royal Society’s medals and awards celebrate those researchers whose ground-breaking work has helped answer fundamental questions and advance our understanding of the world around us. They also champion those who have reinforced science’s place in society, whether through inspiring public engagement, improving our education system, or by making STEM careers more inclusive and rewarding.

“This year has highlighted how integral science is in our daily lives, and tackling the challenges we face, and it gives me great pleasure to congratulate all our winners and thank them for their work.”

Professor Shanks, who was educated at Dumbarton Academy, went on to obtain a PhD while working at the Royal Signals and Radar Establishment in Malvern. While there, he conducted research into liquid crystals and helped define much of the science that underpins today’s LCD technology.

In 1982, he joined Unilever to initiate research into biosensors. His work on capillary-fill methodology, which he carried out in his own time while working for Unilever, went on to be incorporated, under licence, in almost every diabetes test strip – a multi-billion pound market.

Professor Shanks carried out a 13-year-long legal battle against Unilever which ended in 2019 when the Supreme Court awarded him substantial compensation from his former employer as a share of their outstanding benefit from the licensing and sale of the capillary-fill patents and specified how the 1977 Patents Act should be interpreted in future, thus incentivising future employee inventors. This was the first such award under the Act.

Why faces might not be as attention-grabbing as we think

There’s something fishy about flake sold in South Australia

SAS and the University of Glasgow enter into a new strategic...