Manasi Kana knows that to become a veterinarian, she will have to be well versed in science.

The student at William Mason High School in Mason, Ohio, enrolled in the University of Cincinnati’s Biology Meets Engineering course, which gives students both at UC and Cincinnati-area high schools a chance to learn about both disciplines while they work on animal-inspired robotics projects.

The UC creators of Biology Meets Engineering are wrapping up a three-year National Science Foundation grant to develop and demonstrate a new curriculum drawing from both fields in UC’s College of Arts and Sciences and its College of Engineering and Applied Science. UC students take the class for course credit while faculty will offer a three-week course in June to introduce the concept to high school students.

“I feel like I should get to know more about technology, not just biology. That’s why I took this course as an introduction to engineering,” Kana said.

“I think it’s a good example of how the two fields inform each other,” said UC professor Stephanie Rollmann, the principal investigator for the national grant. 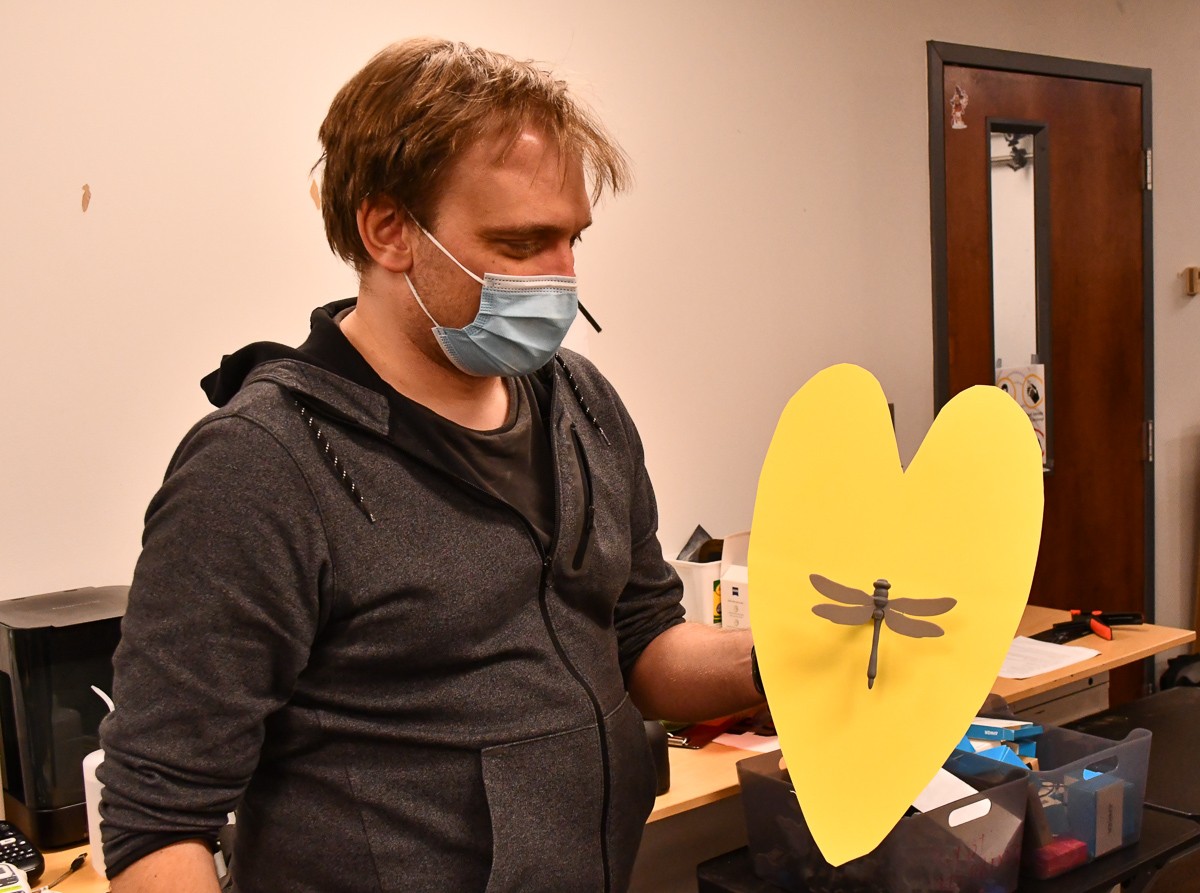 UC assistant professor Dieter Vanderelst holds up a 3D-printed dragonfly mounted to a construction paper leaf for an exercise in which students program robots to mimic a bat. Students programmed a robot to use sensors to distinguish the dragonfly from the background foliage just as bats can do using sonar in complete darkness. Photo/Michael Miller

UC assistant professor Dieter Vanderelst studies the extraordinary ability of bats to detect objects using sonar from their high-pitched calls. His research in 2019 demonstrated how big-eared bats’ sonar could thwart the camouflage of insects by hiding on leaves in the rainforest canopy.

For the Biology Meets Engineering class, Vanderelst uses 3D-printed dragonfly models to demonstrate how robots likewise can discern an insect from background foliage, in this case a leaf made of construction paper.

“Students will use handheld sonar devices to see if they can develop a strategy to identify the dragonfly from the background leaf,” he said. “They will be a bat for a few hours.”

The bats approach potential prey at an angle that allows their sonar to create a reflection. Vanderelst said a similar strategy should help students discern the plastic dragonfly from the background.

Vanderelst said some flowers have evolved specially shaped flowers that create a unique sonar signature to help nectar-loving bats find them during their nightly forays. 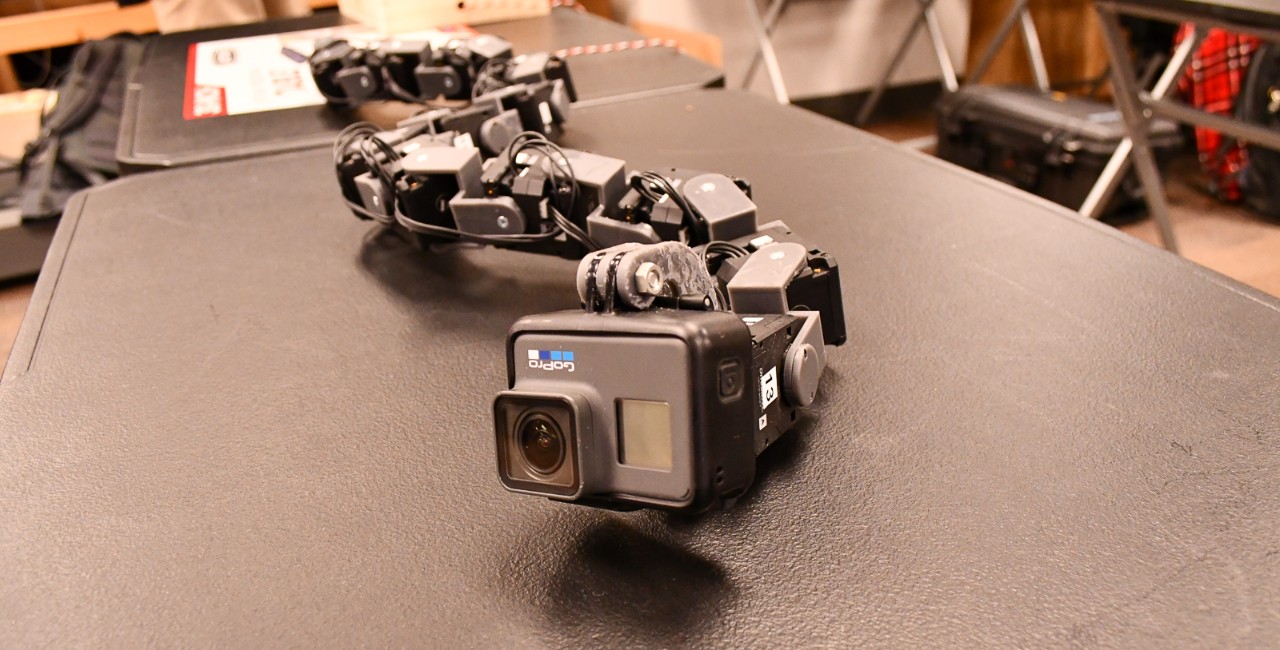 A programmable robot mounted with a camera can mimic different types of snake locomotion. Photo/Michael Miller

Students studied animal senses and how to apply them to robotic sensors using wheeled robots. During another exercise, UC alumnus and University of Akron biologist Henry Astley brought in programmable robotic snakes to understand the different ways snakes move. 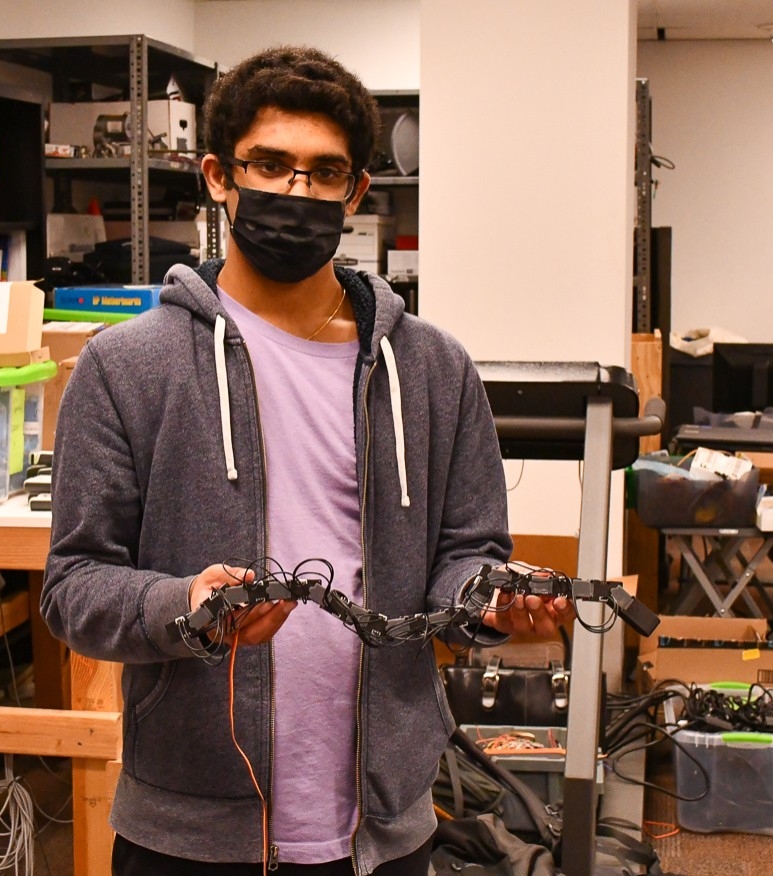 UC biologist Bruce Jayne, who studies snake movement and predation strategies, explained to the students how the robot’s lateral undulation compares to the motion of real snakes.

“The key thing to understanding the different ways snakes move is that by having different strategies, they can move in diverse circumstances,” Jayne said. “The demands of moving within the confines of a tunnel are different from moving in soft sand.”

Snakes move in several common ways that scientists have described as rectilinear, lateral undulation, sidewinding or concertina. Jayne has described and documented each of these ways in detail in his lab for research that has proven critical in developing strategies to thwart invasive species such as brown tree snakes that are threatening native birds in places like Guam.

“That was such a bizarre way of moving. Holy smokes,” he said. “When you talk about biologically inspired design or biomimicry, if you wanted to climb a wide cylinder, would you ever come up with that?”

Students programmed their snakes to navigate channels of different widths that both constricted their movement and provided traction against the snake’s robotic coils to propel it forward.

Rollmann said there hasn’t been a better time to study biology.

“There are so many exciting innovations occurring in biology, from genetics to ecology and career options from industry to academia to medicine,” she said.

This year the program is offering paid internships to students.

The course appeals to students who appreciate robotics and animals — or both in Nikhil Gunda’s case. The senior at William Mason High School said he plans to study engineering in college. But he is equally fascinated by animals and biology.

“Animals have been a passion of mine since I was a child. My parents bought a membership to the Cincinnati Zoo so I can go all the time,” he said. “At this point, I probably know more about the different ways that snakes move than about programming a robotic snake.” 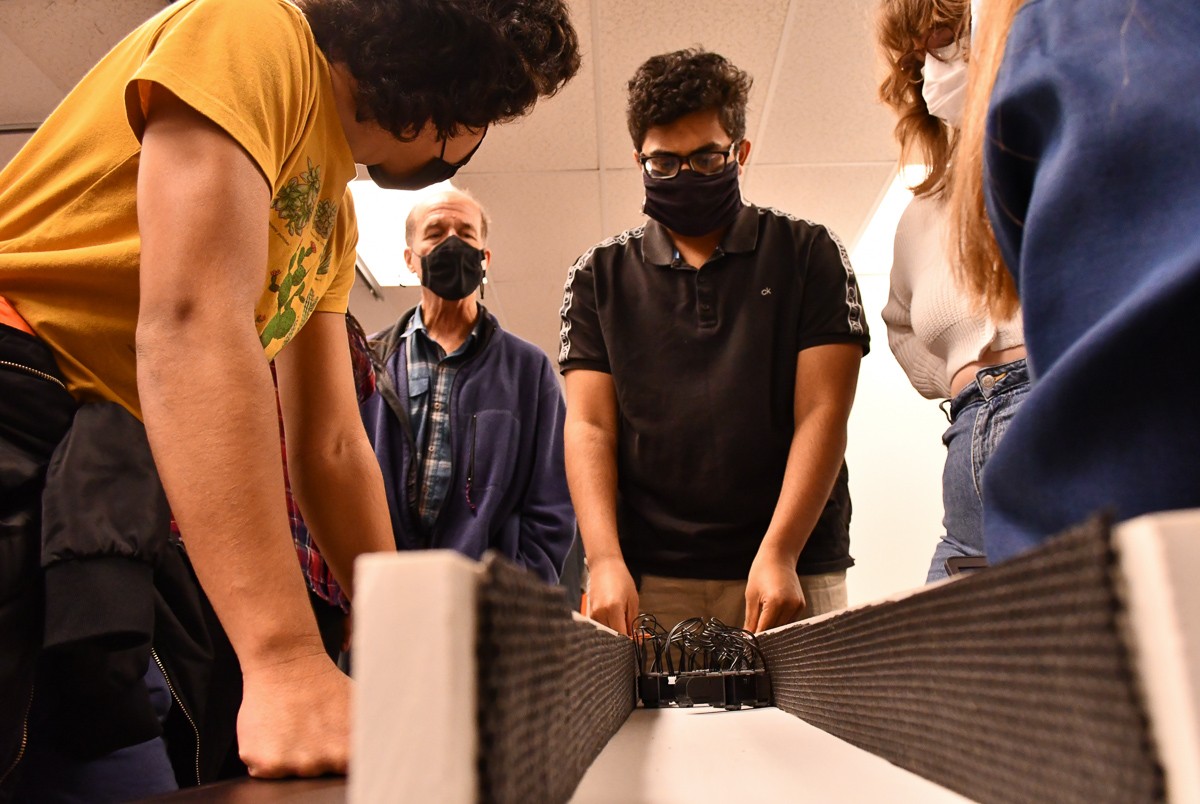 How to prepare for your Youth and Community Work interview

Parkinson’s Disease is Not One, But Two Diseases